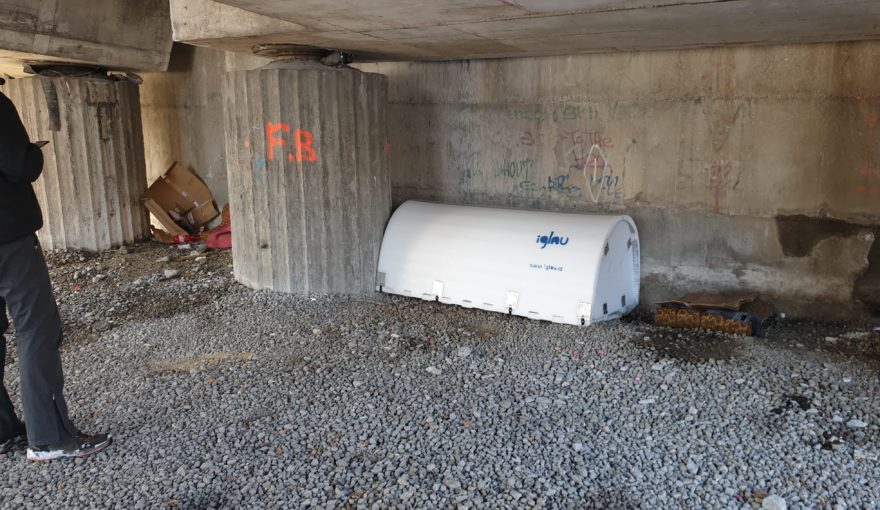 Mr. Emil lived on the street for 26 years. He refused charitable help for the last 10 years until he was offered an Iglou last autumn. Last winter, he slept comfortably in his Iglou until March when someone damaged it. Thanks to his Iglou, Mr. Emil got used to warm, dry nights in a soft bed, and felt that people were no longer indifferent to him. He realized he no longer wanted to sleep outside and wanted to resolve his situation, so he began to visit the shelter. The shelter staff connected him to the Salvation Army, who helped him get back his identity card and apply for benefits and social housing. Before offering him an Iglou, outreach workers had never been able to get this far with Mr. Emil, so we are glad that the Iglou could help win his trust.