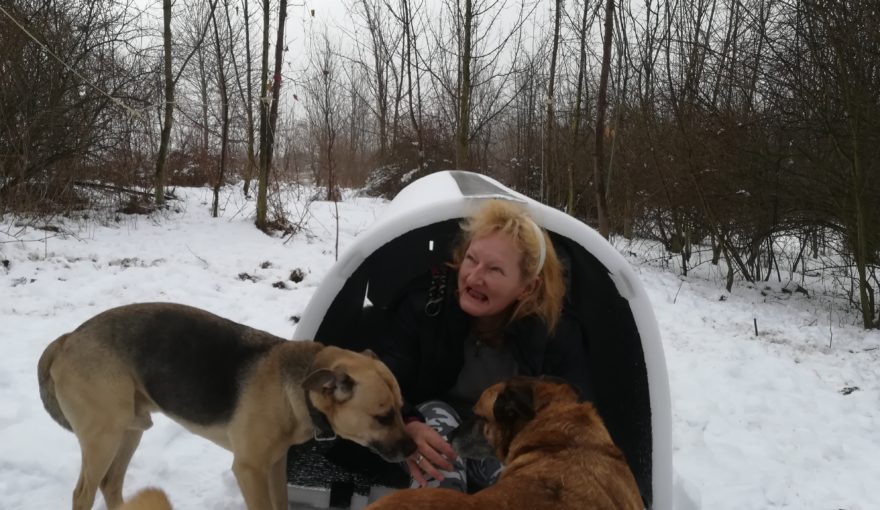 Mrs Jitka is a 53 year old woman who sleeps rough with her 3 dogs. Dogs are not accepted in night shelters and she doesn’t want to be separated from them. Until recently, she survived under a tent at a steam line, but she was forced to move on. We heard about her story in the media, and decided to help her. Thanks to some donations, we were able to give her an Iglou, which now keeps her warm at night instead of the steam line.