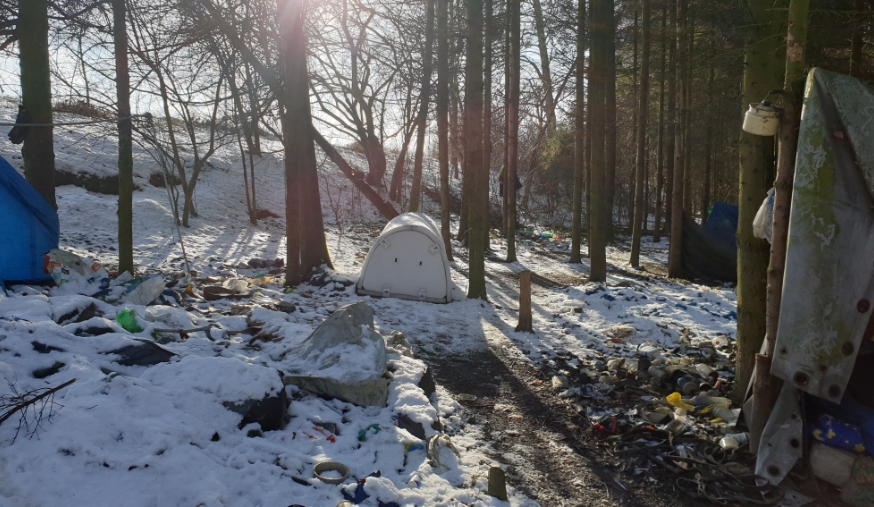 Mr. Libor is a loner who has lived in the woods for 8 years and loves dogs. He does not stay in shelters because he does not like sleeping between people and because his dogs cannot stay with him. He worked for more than 13 years in the coal mines but was given a disability pension due to hearing loss. After 10 years of retirement the government decided that his problems were not serious enough to qualify him for a disability, and cut off his pension. Last winter Mr. Libor and his dogs slept warm in an Iglou. Thanks to that, the trust between Mr. Libor and the outreach workers has deepened. Before giving him his Iglou their relationship had been very fragile. With help from the outreach workers, Mr Libor registered at the Labor Office and thus qualified for social benefits. It has been difficult for him to find a home that will take him with his three dogs, but a least in the meantime he has the Iglou!