Warm in an Iglou after tragedy 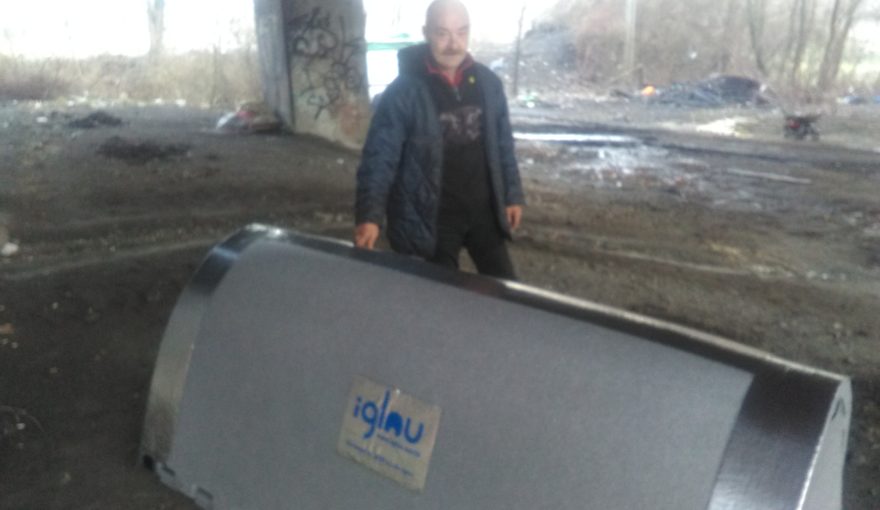 Mr Vláďa used to live with his wife and one of his friends in a hut. At the end of 2018, he found that he had terminal cancer. On the top of that, at the beginning of 2019 doctors diagnosed his wife with cervical cancer and she died shortly afterwards. Vláďa was sad and depressed. Trying to be helpful, he invited his friend and his girlfriend to move in with him into his hut. In the end, they made him move out. Vláďa began to live a under a bridge, which was miserable. After the New Year he contacted Salvation Army´s street workers and asked If he could get an Iglou. We cannot begin to describe how moved we were by Vláďa´s story, but we are glad that it will be our Iglou that keeps him warm.